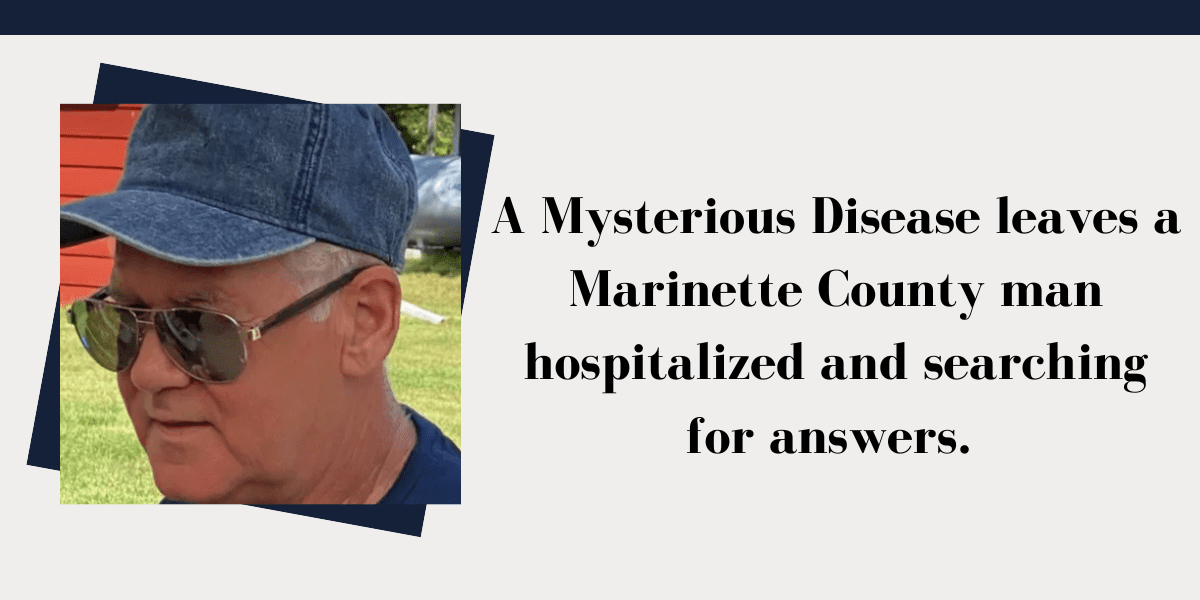 A Wausaukee man has tested positive for Powassan Virus and is the first case in Marinette County. Al Dennis became ill August 11th with symptom of a fever, altered mental state, headache, chills, chest pain, and nausea. Dennis had removed a tick weeks before his symptoms started, and after 70 days in the hospital not knowing if he was going to live, laboratory tests showed he had antibodies for Powassan (po-wa-sun) Virus. Dennis says, “apparently it was from the deer tick.”

Betty Dennis, Al’s wife, says, “when he first got this, the first two-weeks, he couldn’t move or talk. He also had hallucinations and seizures.”

The virus spreads to people through deer ticks, but humans can’t pass it to each other. Because deer ticks are active from late spring to mid-fall, they record most Powassan cases during that time. Most cases in the United States occur in the northeast and Great Lakes regions. If you’d like to help Al Dennis with medical and care expenses, his family has started a Go-Fund-Me page. Visit the GOFUND.ME/e4fcd895

Hike for Hunger in Marinette