The Wisconsin Broadcasters Hall of Fame was created in 1989 to honor broadcasters that have devoted a minimum of 15 years to the broadcasting industry including a minimum of 10 years as a Wisconsin broadcaster. The award recognizes an individual’s history of exemplary leadership in the community and statewide service as a broadcast professional.

Chris Bernier is a station owner who leads by example, aided by his lifelong career in radio with experience in every facet of the business. His dedication and passion for radio have led to his role as the owner of 35 stations in five states and as an admired industry leader.

Chris started his career in radio at age 19 as an on-air host and by age 21 he was a station manager and by age 22 he was part owner. He worked every job in radio, including play-by-play, news, engineering, tower climbing, traffic, sales, marketing, management, and ownership. In 1990, he formed his own company to operate stations in Waupun, Fond du Lac, Mayville, and Ripon. In 2006 he joined Armada Media, a group he now leads as President and CEO with stations in Nebraska, Colorado, Kansas, Michigan, and Wisconsin.

He was co-chair of the largest fundraising group in Fond du Lac, the Charity Open, which supports a local hospice provider and cancer center. He’s held leadership roles in Fond du Lac Rotary, a committee of the Milwaukee Diocese responsible for developing St. Mary’s Academy, and the WBA Board, and has served as a golf coach.

Chris has made a lasting impact on broadcasting in Wisconsin with his inspirational leadership, love of radio, and passion for service. 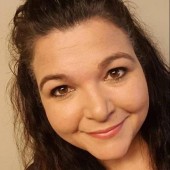 Hi! My name is Stephanie Edge and I am the Business Manager for Bay Cities Radio. I have been employed here since 2012, when I moved here from South Mississippi. I have learned just about every job you can do here at the station and I love it and the people I work with. I love the fact that we get to work and interact with the community on a daily basis.