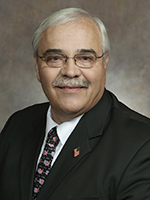 Legislation introduced by a local lawmaker aimed at reviving Wisconsin’s Conservation Corps Program passes the state Assembly. Assembly Bill 688, authored by Representative Jeff Mursau of Crivitz would shift $400-thousand from other state agencies to fund grants for organizations looking to complete conservation projects if those organizations provide a 50% match and hire workers between 16 and 25 years old, half of which are high school students coming from families making under 200% of the federal poverty level. Those workers would then also be eligible to receive money from the AmeriCorps program. The Conservation Corps previously operated in the state from 1983 through 2003. Mursau’s bill now heads to the state Senate for consideration.