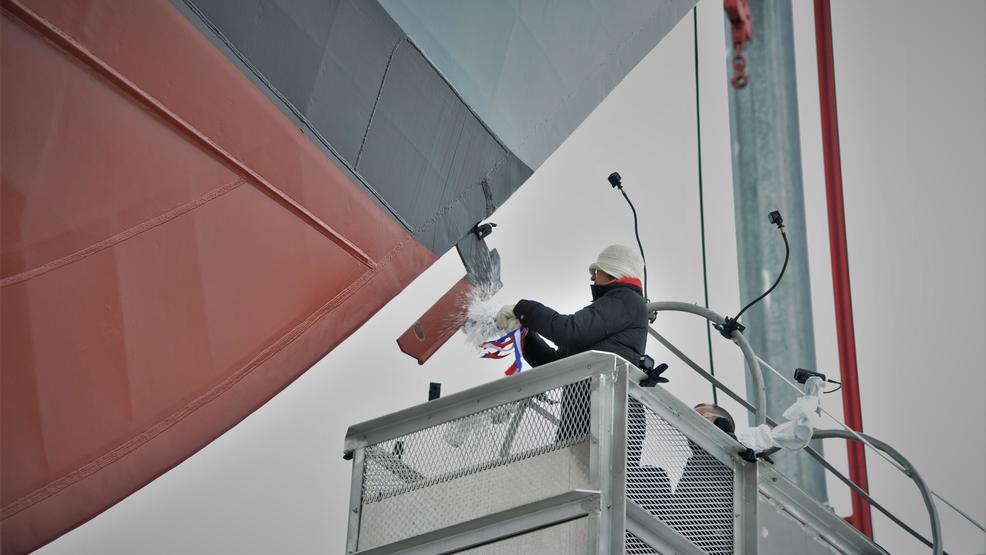 Our nation’s 17th littoral combat ship is now officially the Indianapolis. Ship sponsor, Jill Truitt Donnelly christened the vessel at a ceremony held Saturday at Fincantieri Marinette Marine. Donnelly, the wife of Indiana Senator Joe Donnelly, says while in town, she also had the opportunity to meet some of the future crew of the Indianapolis.
Rear Admiral Sean Buck is Commander of the US Naval Forces Southern Command and the US 4th Fleet, headquartered in Mayport, Florida- the future home of the Indianapolis. He lauded the ship’s advanced capabilities
The Indianapolis will be the fourth Navy vessel to bear the name. Due to weather conditions, the actual launch of the Indianapolis was postponed until Tuesday. Once in the water, the ship will undergo additional testing before being delivered to the Navy sometime next year.