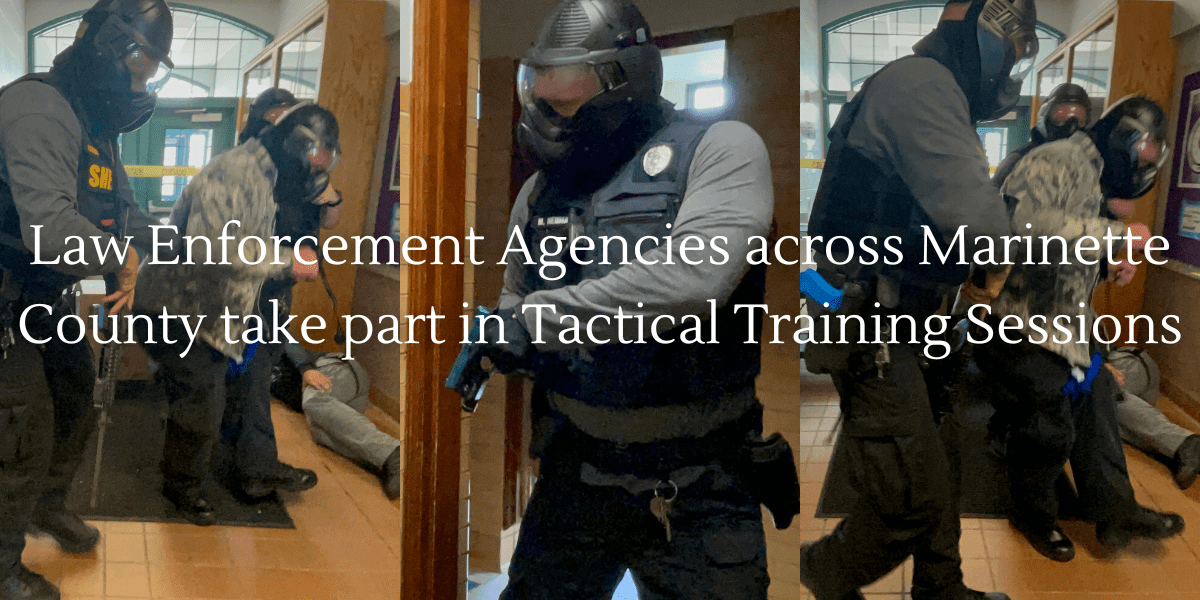 After a string of mass shootings around the United States, there is a lot of talk about the importance of active shooter preparedness. That is why law enforcement officials from all branches of law enforcement in Marinette County, including the DNR, took part in two days of tactical training held at the vacant Garfield Elementary in Marinette. Marinette County Sheriff’s Deputy Patrick Callahan says, “law enforcement, since Columbine has gotten very good at the active shooter’s response to a certain aspect. We hammer home, stop the threat, stop the threat, but then we don’t have a lot of follow-on training after that.”

Callahan says, “the big thing with getting the outside agencies is that’s very important is that if something like this were to happen in our community, everybody is coming.”

Besides building a sense of community among the local law enforcement agencies, this training went beyond a simple scenario walkthrough. Officers used replica firearms, wore real protection gear, and were placed in scenarios where they had a similar sensory experience to a real disaster. But in the end, creating a strong relationship between the various agencies is important because they all share the same goal; keeping the community safe.

Tyco to begin last phase of the GETS Infrastructure Construction