Three weeks after the Marinette County Board nixed a proposal to locate a transitional living home for Section 980 Violent Sex offenders on Mudbrook Road, the county still is looking for a solution.  County Administrator John LeFebvre told the County Board that since the board’s vote last month, he has shifted his attention to trying to find a private entity willing to lease a home to the DHS, but no concrete options have been identified.  He says he has also looked into the County acquiring other houses, but with the current hot housing market, it would be difficult to make a bid contingent on county board approval when sellers usually have several bids on the table to choose from.  He also says it difficult determining just what criteria for locating a home would be, given the different opinions expressed by supervisors.  He also says the county is still facing a June deadline for arranging for the transitional housing, and no request for an extension has been filed.  So LeFebvre says he will continue to seek a private entity willing to lease their property.

As to suggestions of locating a transitional home on property next to the law enforcement center, LeFebvre says there a number of issues standing in the way.  As it stands now, the parcel the Law Enforcement Center sits on is with 1500 feet of both a church and a school, which would eliminatge it as an allowed site for the home unless the land was subdivided. The subdividing, if possible, would take time the county doesn’t have to come up with a facility.  He says the county would have to make sure any project would not interfere with any future plans to expand the law enforcement center if that became necessary.

A 1.9-million-dollar donation to Spies Public Library could be managed by a local foundation. 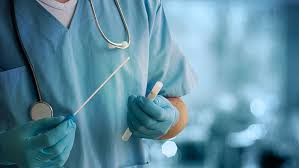