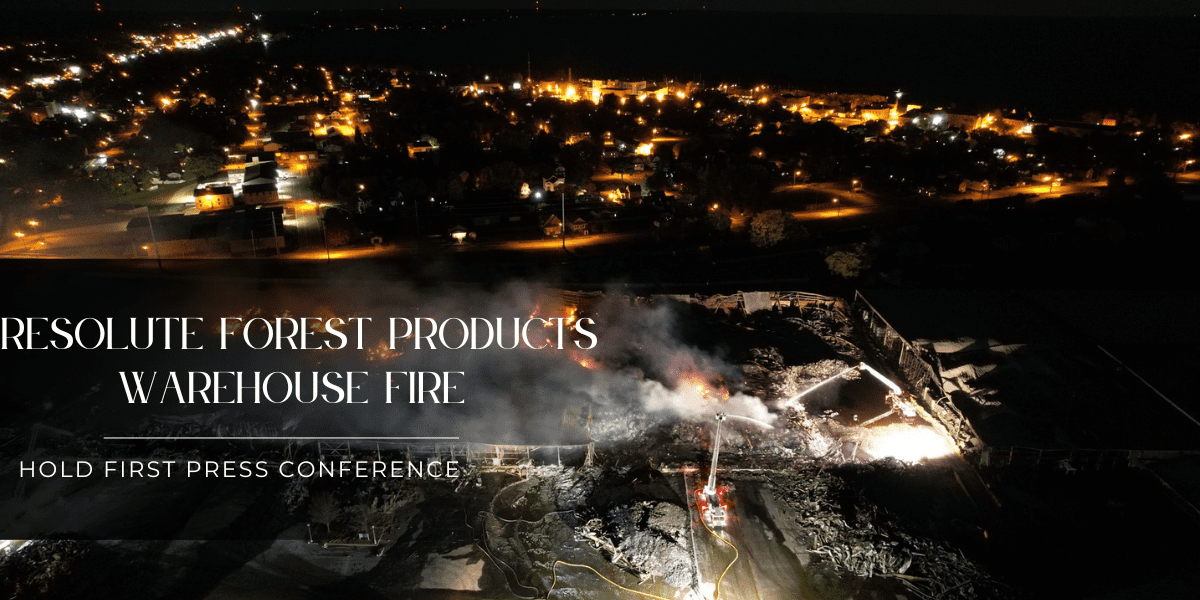 For the first time since the fire broke out at Resolute Forest Products, a press conference was held Thursday to talk about the efforts to fight the fire, limit environmental damage, and rebuild.

Two weeks after the fire broke out at Resolute Forest Products, the fire is still not completely out, although Menominee Fire Chief Mark Peterson says he expects the fire suppression efforts to be finished on Saturday. Peterson says 68 departments from across the state of Michigan and Northeastern Wisconsin participated in the effort to extinguish the fire.  Petersen says the origin and cause of the fire remains under investigation.

Kuber noted the efforts by Tyco to contain the water used to suppress the fire.  The company constructed over a half mile of berms to contain the water which is being contained in a pond, portable storage tanks and containment pools to be treated.    So far over 7 million gallons of water has been contained.   Although the containment efforts began on day one of the fire, some runoff containing several PFSA compounds made it to the river and eventually to the bay and the city of Menominee and Marinette’s drinking water systems.  Though there were new PFAS compounds seen in the Menominee drinking water, and an increase in the amount measured in the Marinette system initially, those levels were never at a level to cause a health concern, according to environmental and health officials from both states, and they have dropped off dramatically days since. Monitoring of the water quality will continue to make sure there are no future issues.

The job of hauling away away the debris is already underway, with over 12000 metric tons of scrap paper and pulp have been removed from the site and steel and metal scrap from the building is being hauled away daily.  Kuber promises the affected businesses will rise from the ashes…

Kuber says she expects a fairly clean site in three to four weeks, and a warehouse can usually be built in 6 months, assuming the building supplies are available.  The first priority will be restoring 140,000 square feet of Tyco’s space that remains.  Tyco lost it’s distribution center in the fire, and is temporarily using space in other KKIL facilities.

A recording of the entire press conference is available on the Classic Hits 103.7 Facebook Page found here PRESS CONFERENCE VIDEO 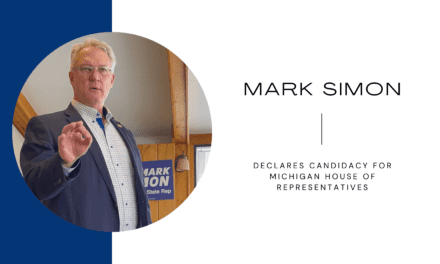