The Menominee Maroons are heading to the Breslin Center in East Lansing for the semi-final round of the MHSAA Division 3 Boys Basketball Tournament with a dominating 70-39 win over the Grayling Vikings in the quarterfinal game played Tuesday evening at Sault Ste Marie High School.  The game was tied at 12 after one quarter of play, but then the Maroons took control, going on a 26 point run in the second quarter, then eventually increasing their lead to 40 points in the 4th quarter and triggering a running clock.  Brady Badker and Brady Schultz led the Maroons with 16 points apiece.   Menominee will now play Ecorse in the semi-final game at 11am Central Time Thursday morning at the Breslin Center.   Ecorse defeated Bath 80-49 in their quarterfinal game. Schoolcraft and Flint Beecher also advanced to the semi-final round.  Hear the Menominee vs Ecorse game on Classic Hits 103.7 found at thebaycities.com or download the app in the app store. 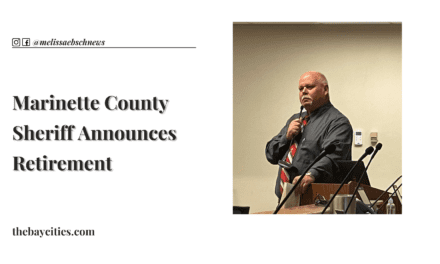